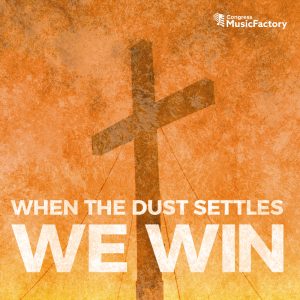 This is what we live for, this is what we’ll die for
This is what we’ll fight for, this is why we give more
This is why they fear us. Spirit realm hear us
Hand of God steer us. The end is near us
His warrior, breathless. His finisher, breathless
Shield in hand ,breathless. Sword in hand, breathless
Let the gun clap this a finish rap
On the finish lap to close the gap
I am the son of a God that stopped the sun
About to pull the gun no place for them to run
Or hide; a global army’s on my side
Force in every stride we’re down to ride or die
We make a cry his angels fly
Straight out the sky, to battle, Our mantle
Win when the dust settles. The finish; our medal
Walk without stumble make the giants tumble
Bring it on, won’t flinch or fumble
Royal and ready to rumble Our faith will not be shaken
Life will not be taken by the enemy
I will not be broken I make every move with wisdom
What’s a lion to Daniel, a giant to David
The red sea to Moses. By your strength, we storm in
Where ever you guide me. His strength inside me
Every issue behind me and God beside me
I am light empowered to shine bright and fight until…

Sure of my identity. I can feel his energy
I can taste eternity. Took down the enemy
Me and my community. Warfare by purity
We walk the walk we talk the talk
When he talks we walk. We’re following His Outline
Every man in line, every woman in line
We wait on his sign and march till we’re breathless
Fight till we’re breathless He’s still and we’re breathless
End of time and we’re breathless. Community it’s easy
I need you, you need me, I got you, you got me
This is where I run to. All part of the gun too
Just like the Gustav do. God we do it for you
Picture me edge of eternity they’re facing me
I can tell it’s heavenly God looking back at me
I feel finality internally. Make a warrior out of me
Your proximity is our reality
Place your weight on our shoulders train us
We are your soldiers equip us
We are your builders show us, your divine structures
Frivolity can’t fly our flesh must die
It is possible, we will try
Strain heavenward, hear our cry
No fear as we prepare for war. We crush the enemy and close the door
We burn down the bridge and take a stand until…

The Warrior’s drive to fulfill the mission unplugged him from the limitations of time and he was now plugged in to the undiminishing energy emanating from the Lord standing in partnership with him. No matter how many times the warrior would be called upon by the Lord to fight he would always have one more mighty swing of the sword available to Him. It would not matter how many times the Lord would call him into battle because the energy wasn’t his; the energy was coming from God. Because it’s coming from God it’s eternal. Because it’s eternal the fight could go on as long as God would want. The Warrior had become as inexhaustible in energy as the Lord Himself